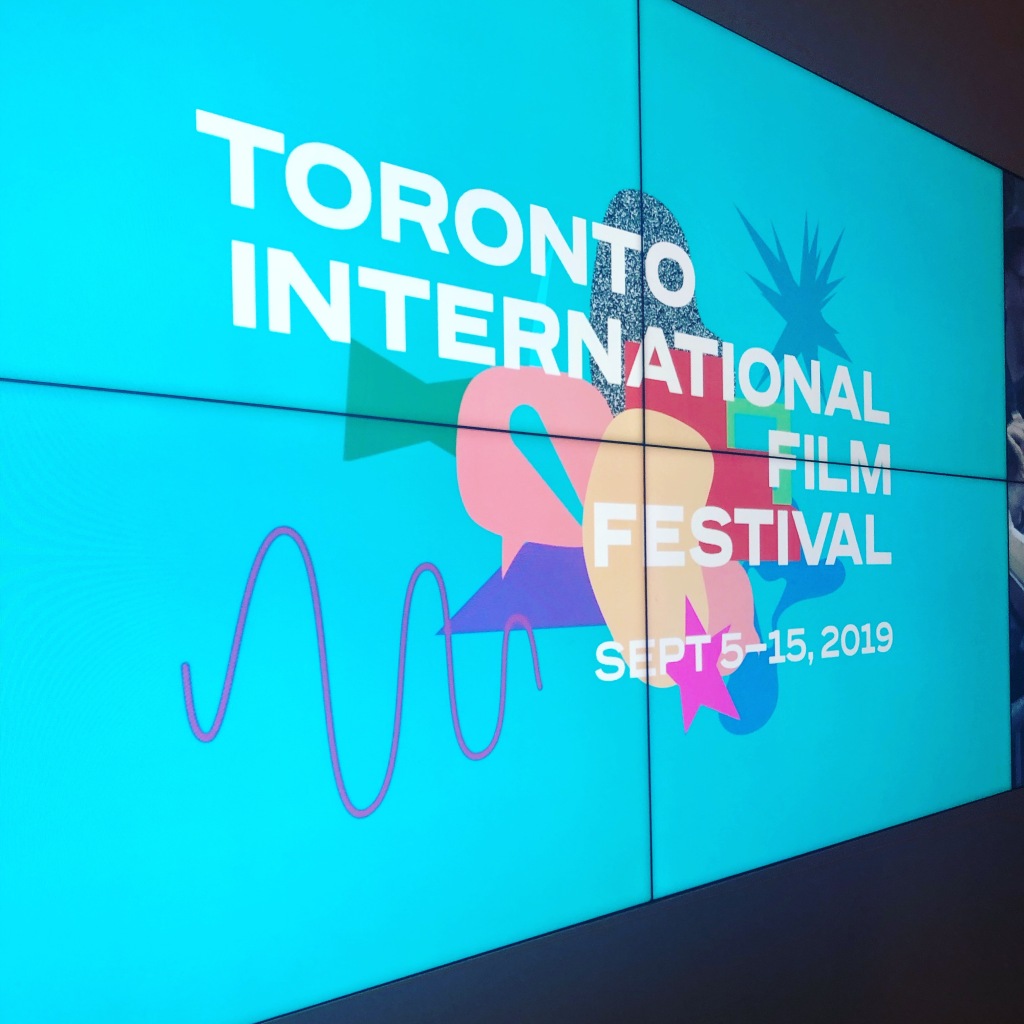 This was my 1st TIFF experience…and I absolutely loved it! The vibe was just crazy…it felt fresh and creative…just DOPE! 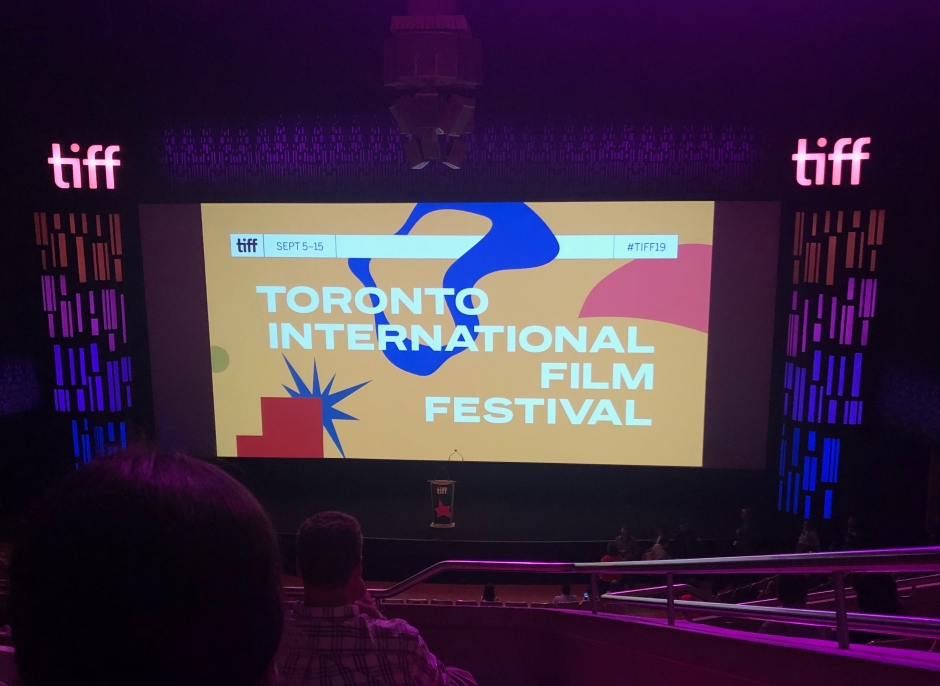 I was heading up to Toronto for a concert (Shawn Mendes…don’t judge me…good music is good music) and it just so happened to coincide with TIFF’s opening weekend so I decided to kill two birds with one stone. I purchased a flex package so that could watch 6 films…but by the time I got to chose the films I wanted to view, the more buzzier screenings were sold out (i.e. “Just Mercy,” “Knives Out,” “Hustlers,” or they were showing after I left but it’s fine because I’ll be back next year!)…but it’s all good because I ended up seeing some really great films (didn’t even realize until I was three in that 5/6 were foreign films : ) )

I hit the ground running right after checking-in to my AirBnB (which was lovely and cozy, by the way). I started with the  opening-night film of Contemporary World Cinema, French film “Our Lady of the Nile” about the Rwandan conflict between the Hutus and Tutsis, the negative lasting effects of colonialism, the hypocrisy of the church, etc. Shot entirely in Rwanda with a lot of first time actors, this was an authentic and eye opening film with the same fervor of “Hotel Rwanda”…without the “hero.” Written (adapted from a novel) and directed by Atiq Rahimi, overall, a beautiful and poignant film that captured a moment in history through the eyes of youth. 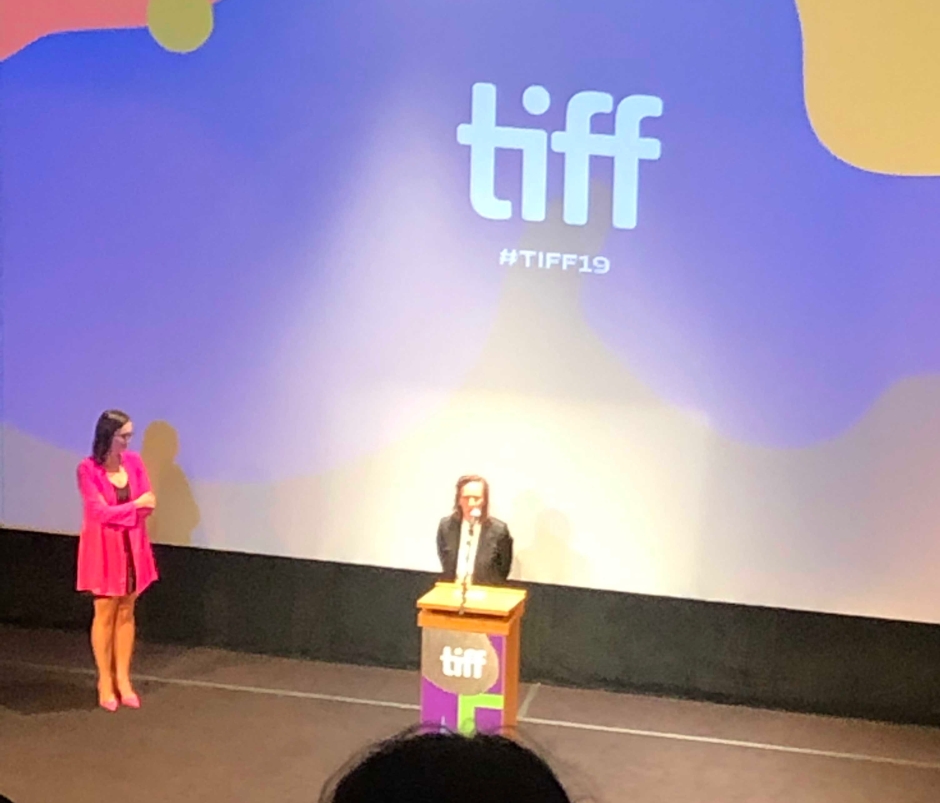 Next up my first night was “Portrait of a Lady on Fire” which previously won both the Queer Palm and Best Screenplay awards at this year’s Cannes Film Festival. Written and directed by Céline Sciamma, I’d previously heard a lot of talk about this queer French film and I think it met expectations. This was a gorgeous, sweeping film, well written and superbly acted. Although set in the 18th century, it felt very fresh and contemporary. This film was as beautiful as the art that it surrounding in film itself. Although a slow burn, the story of getting mysterious Héloise’s portrait painted was a stirring love story.

Since that second viewing that didn’t start until 9:15pm, I was pretty pooped and hungry afterwards even though I wanted to explore the city (this was my first time in Toronto after all), but I just called it a night. My second day had a somewhat late start but I kept it light since the concert was that night. So my only feature that day was the amazing Syrian documentary “The Cave.” Directed by Feras Fayyad, who also directed the 2017 Oscar-nominated “Last Men In Aleppo,” this heart-wrenching yet inspiring film told the story of a fearless, female doctor (Dr. Amani) and her team who stayed behind in Ghouta (near Damascus) to help those trapped in the war-torn city.  Dr. Armani and her dedicated team were risking it all to care for those in the devastating war zone, where life must go on in spite of. From the opening shot of the bombs falling, you are enthralled. This film was filled with suffering and devastation, but also moments of hope and optimism (there were fleeting scenes of joy, laughter and even birthday celebrations). “The Cave” was beautifully and craftily edited with closeups of moments of silent fear and silent introspection. If you watch this and aren’t angered and teary-eyed, check for a pulse or you may just be a heartless sociopath. After the screening, the producers shared that the film would be shown at high schools and colleges around the world in an effort to spread it’s impact. If you want to help them spread the film, email moviethecave@gmail.com.

The concert was one of the most insane things I’ve ever witness in my life…but I loved every minute of it!

Saturday was my final day of screenings and I had 3 back-to-back showings on the the lineup with an early 9am start time (which had me power walking all through the city since the theaters weren’t all in the same place…they were like a 20 min walk apart). First up was Éric Baudelaire‘s unique French documentary “Un Film Dramatique.” This film was a collaboration between Baudelaire and a diverse group junior high school kids. The student’s were a part of the school’s film group and the footage alternated between their own self-filmed footage of their daily lives and the group sessions where kids talked about the issues of the day from politics to race to friendship to filmmaking. It was cool to see these kids grow and mature (it was filmed over 4 years) in a world that wasn’t necessarily welcoming of them. Overall, a very interesting take.

Next up was the British “Blackbird.” Starring some real heavy-hitters (Susan Sarandon, Sam Neill, Kate Winslet, Mia Wasikowska and Rainn Wilson) this film kinda fell flat for me. It told the story of a terminally ill mother who invites her “imperfect” daughters and their family/significant others home for one last “perfect” weekend before she ends her life on her terms. I will say that it was well-written and well-acted (how could it not be with that cast?!) with a good mix of humor, levity, humanity and drama. At the end of the film the whole theater was sniffling…and if you’ve read some of my other reviews, you know I can get quite emotional…but nothing…I didn’t tear up or anything. Hmmm…

My last film was the French romantic comedy “La Belle Époque” (“the good times”)…and I definitely saved the best for last. This was my favorite screening of my TIFF experience! I honestly think this was one of the best films I’ve seen all year. It was fresh, with a unique plot that was well-acted, shot and directed (by Nicolas Bedos). This film was all about our desire to resist our glory days when everything was “right with the world.”  “La Belle Époque” had a cool “Westworld” type vibe to it…sans the robots and death lol. Overall, a wonderful that I could see myself watching over and over on a lazy Sunday.

Overall, I really enjoyed my first TIFF experience. The people were cool (I did a private tour of the city with Abu who was awesome…shoutout to Airbnb Experiences), the city was amazing (it was a cleaner, calmer NYC…and I love NYC) and the overall vibe of the festival was just DOPE (as was the Bell Lightbox Theatre). I wish that I could’ve stayed longer and really “experienced” the entire shebang…panels, bigger/buzzier A-list premieres, after-parties, etc. If you enjoy film and film festivals, I highly recommend going. And as for me, I will definitely make this an annual thing!