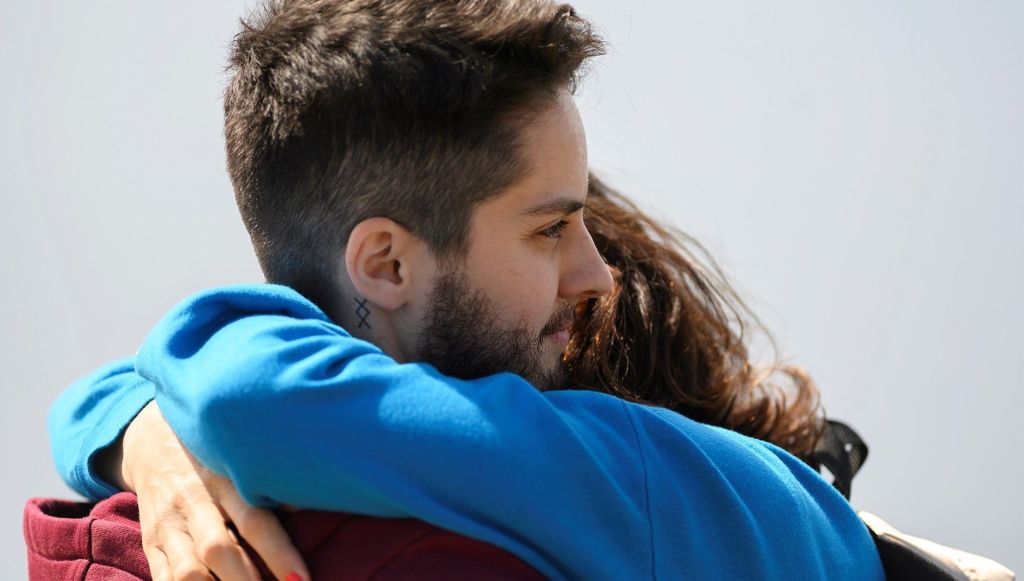 What is “femininity?” What qualifies one to be a mother? Is it is our sex organs that define it? The womb? Or something else altogether. That’s is what is at the heart of director Marie-Castille Mention-Schaar‘s French film, “A Good Man.”

The story revolves around Aude and Ben, a young couple who have been in a loving relationship for the last 6 years. They are at that point where they want to have a child and start a family. After several miscarriages, Aude finds out that she cannot carry a child, so Ben decides to do it himself. How is that, you might wonder. Ben is a trans gender man who still has a womb and wants to do this before it’s too late — no matter the consequences. Aude and Ben moved to their little seaside town to start anew and live freely, but having this baby threatens to shatter that peace they have built and their relationships with friends and family.

Beautiful cinematography with vibrant, introspective scenery shots serves as the backdrop for this tender film that so delicately deals with such a complicated issue. This is new territory for everyone involved. Legally, Ben will be listed as the “mother” on the birth certificate and the “father” will be left blank. This leaves Aude questioning what her place is in all of this — “you play every part…I need to find mine.” How will they explain this to their child? As expected, this strains their otherwise idyllic relationship. These moments are so heartbreaking, but questions that they have to confront head on.

There is so much raw intensity throughout the film. Take for instance the scene in which Ben tells his brother that he will carry the child. It’s too much for his brother to contend with. He feels like he was with Ben through his tough transition period, but that this may cross the line. How will he explain this to his own young son? His brother feels as if he “wants it all” to which Ben replies, “No, I want just as much as you…no more, no less.” It is this statement that really drives the point home — this is what all oppressed and marginalized people want, nothing more, nothing less — just the same. Both actors bring the raw emotions of the two characters in this moving scene. There is another standout scene when Ben has to come clean to his best friend tell him he is a trans man. Its a lot for his friend to take in — he feels betrayed and lied to. But then Ben hits him with the ultimate question before he leaves — would we have been friends if I had told you up front? Everyone feels they are tolerant and liberal until they are really faced with those situations. It’s a question that we really don’t know the answer too, and neither does he.

“A Good Man” is such a beautiful film, not just visually but also in terms of the way it deals with its themes. It makes us question our notions of femininity and motherhood and asks us to confront our biases and preconceived notions of what’s “normal” or “right.” The film is well-written (Mention-Schaar also co-wrote the screenplay) and well-acted with such authenticity and sincerity. The performances are so nuanced and everyone involved is great, especially Noémie Merlant (“Portrait of a Lady on Fire”) who plays Ben (but as expected, there has been some backlash surrounding the casting of a cisgendered female playing the role of a trans man).

The way the story unfolds is even well done — we get a glimpse into the progression of Aude and Ben’s relationship as well as Ben’s transition through flashbacks interspersed throughout the film. We come to really empathize with these characters and feel for them during these trying times. One can only imagine what life is like not feeling comfortable in your own skin or not being able to tell your best friend your truth or wanting something so bad that you are willing to risk it all. The subject matter is tough, but done with such sensitivity, you can’t help but fall in love with the film. In the end, “A Good Man” is about acceptance and love and sacrifice and doing whatever it takes for your happiness.