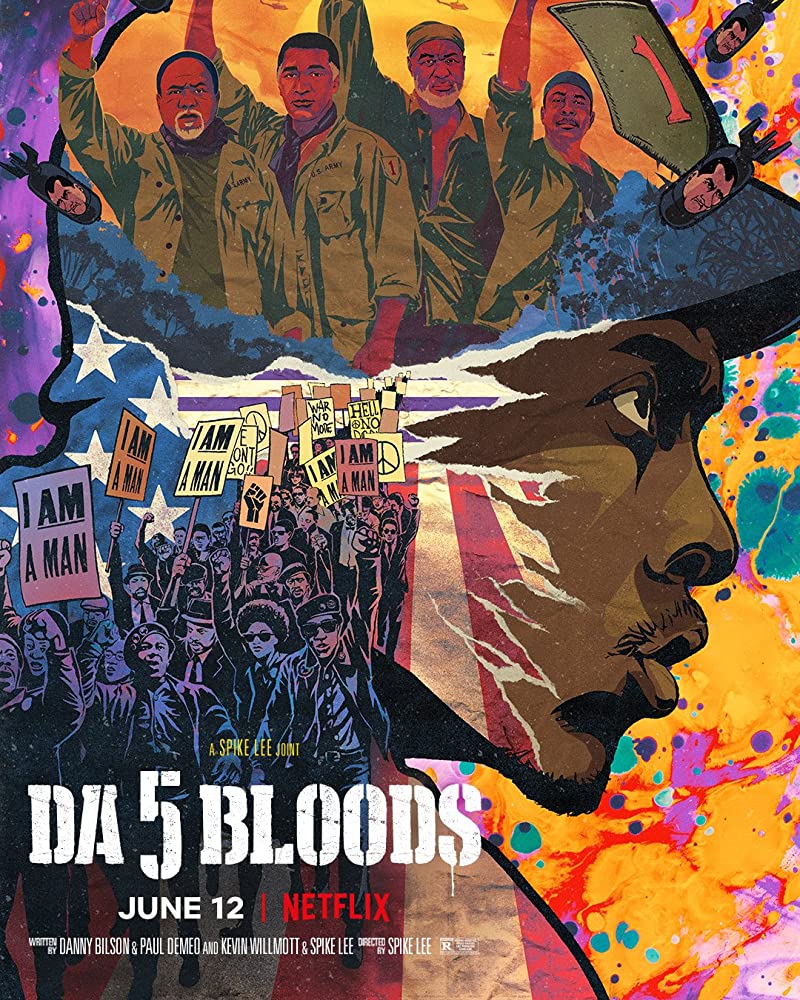 Spike Lee has done it again…and outdone himself.  “Da 5 Bloods” is the story of 5 black soldiers who form a brotherhood while serving during the Vietnam War. While fighting for “their” country, they stumble across some gold bars and bury them while making a pact to return later to recover it. The story picks up in modern day with four of the guys and one of their sons returning to Vietnam to complete their mission.

Spike Lee and his cast do an excellent job of shinning a spotlight on a side of the Vietnam War that isn’t often the focus in films…the hypocrisy of the U.S. making black soldiers fight an unjust war for “freedom” in a foreign land when Blacks weren’t/aren’t “free” back home. The film also deals with themes of guilt, fatherhood, brotherhood and confronting our past amongst other things. It also deals with the very real issue of PTSD which isn’t talked about enough. And Lee’s timing and relevancy is always on point…this release comes at pivotal moment in the history AND future of America with civil unrest and the Black Lives Matter and police reform movements currently underway.

Not only was the story line and underlying message and rally cry good, I appreciated the way this one was shot. It flipped back and forth between the present and the past with ease and visually was done in such a way that kept the viewers attention and made it enjoyable to watch. The artistic creativity in this one makes it well worth the watch.

Overall, a very well-done and timely piece of work. And I’m saying it now, Lindo deserves an Oscar for his portrayal!!! I recommend everyone give it a watch. Currently streaming on Netflix.