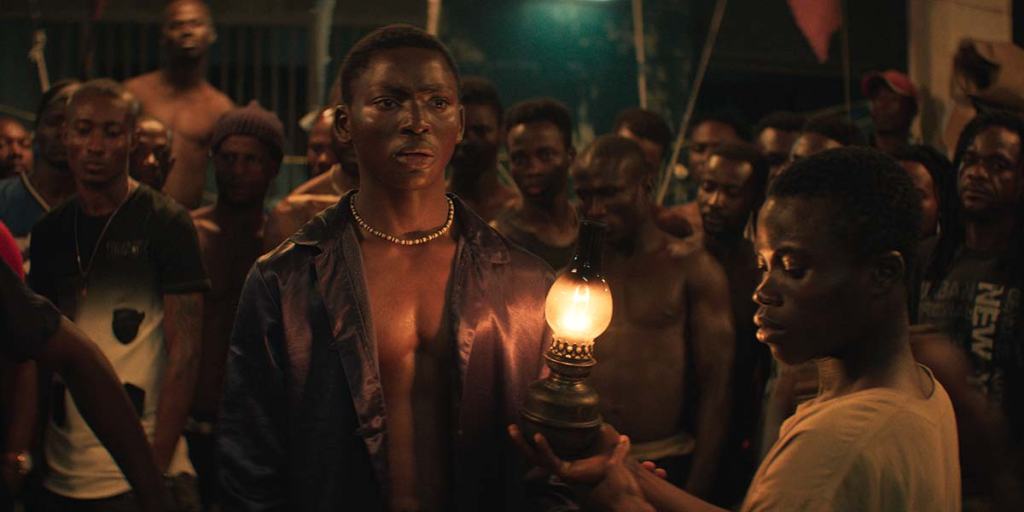 It’s not often easy to pull off a story within a story in a film, but French-Ivorian director Philippe Lacôte was able to do just that in his second feature “Night of the Kings” (“La Nuit des rois”). From just reading the synopsis of the film, one doesn’t quite know what to expect from this prison drama…but the film is so much more than that. It opens with a young man being transported to La MACA prison, the Ivory Coast’s most overpopulated prison. The prison itself is not run by guards, but by an inmate named “Blackbeard” whose health is failing as a power struggle to replace him brews. The new, young inmate is now thrust into to the roll of the “Roman” (an inmate chosen to recount a story on the night of the red moon to a deadly outcome) and into a verbal fight for his life. Although set in a prison, the film is not overly violent, at least visually, but there is always an air of violence hanging in the air.

In the telling of his story, Roman chooses to tell somewhat of a “hero’s journey” and weaves a legendary tale of the notorious Zama King. Lacôte, who also wrote the film, generously intertwines a fantasy story (there’s some questionable special effects and visuals here, but the story overcomes it) within a story in “Night of the Kings” shining a spotlight on the great African tradition of storytelling and griots. While watching Roman recount his story, the film conjures up the feeling of Greek theatre with his fellow inmates acting as his Greek choir and participating in the storytelling through song and interpretive dance. As if that weren’t enough, the story is taken up a notch with the power vacuum playing out like Shakespearean drama. 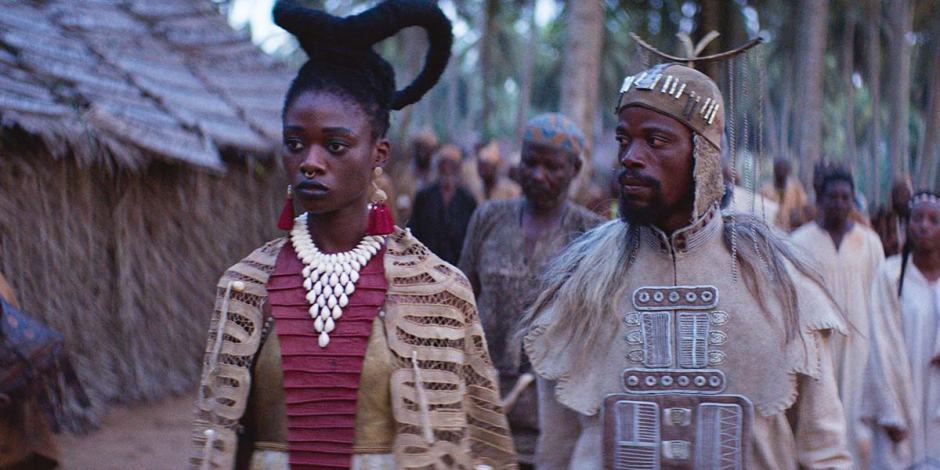 “Night of the Kings” is a lush and raw drama that pulls the viewer in through sheer intensity and compelling storytelling. This multi-dimensional film is a fine mix of realism and the supernatural exposing the viewer to West African culture and mysticism. Viewers are sucked into this world, not only in the prison, but also the more vibrant world of the ancient kingdom in which Roman tells the modern story. A good story is universal and “Night of the Kings” is visual and lyrical storytelling at its most creative combined with strong performances from all the actors (including “Les Misérables”‘s Steve Tientcheu) involved making for an engaging watch that you won’t want to look away from.