Full disclosure: Classic Hollywood musicals, particularly those of the 1950s, are my “happy place” (don’t stop reading and run away though, this isn’t a musical LOL). They allow me to kind of just escape from the real-world, everyday life and get lost in a fantastical technicolor dream world…especially Gene Kelly movies…he’s my favorite Hollywood hoofer (I love Fred Astaire, but give me Gene Kelly any day)! And that is how we got to watching “40 Carats.”

So the other day I was looking for some Gene Kelly fare to lift my spirits when I came across “40 Carats”…I had never heard of it and even though it wasn’t a musical, I thought I’d give it a watch. And about 5 mins in, my Mom walked past and said “Oh, I know that guys from stuff (Edward Albert who I also loved in “Butterflies Are Free”)…” and then she sat down and watched too. Let me tell you, for an hour and fifty minutes, we BOTH got our LIFE! And my Mom is a talker when she watches movies, so that made it even more fun to discuss in real-time LOL. This movie was funny, sexy, smart and just an overall fun watch.

“40 Carats” is the story of a 40-year-old divorceé (Ann) who has a tryst with a 20-year-old (Peter) while vacationing in Greece. She thinks it is all in the past (even though the young man must put it down because she couldn’t stop thinking about him) until one day he shows up on her doorstep to take her 17-year-old daughter (Trina) out. And all hilarity ensues when the grandmother (Maud) tries to play matchmaker for Trina and Peter but Peter still has eyes for Ann. 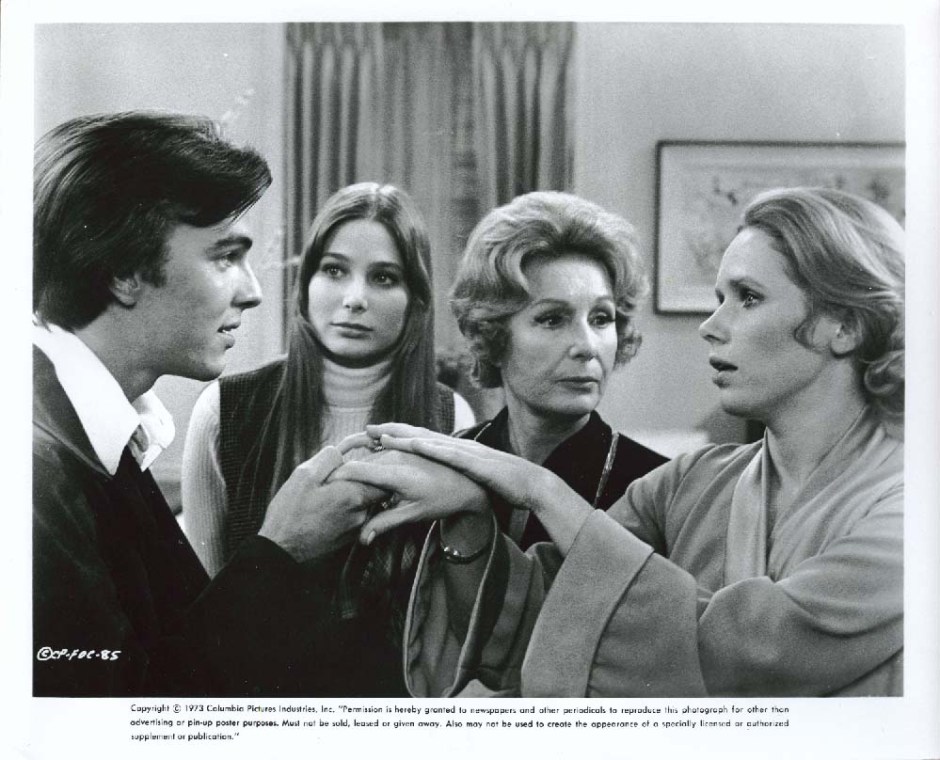 You’re probably wondering where Gene Kelly comes into play, right?! So he happens to be Ann’s struggling actor ex-husband Billy. And even though he did no singing and dancing, I really enjoyed him in this role nonetheless. The rest of the cast was rounded out by Liv Ullmann (Ann) who was nominated for a Golden Globe for this role, Edward Albert (Peter) who is perfect in this role with his charming, boyishly good looks and sneaky smirks, Binnie Barnes (Maude) and Deborah Raffin (Trina). The acting was superb and the dialogue, pacing and delivery made this a more mature rom com even though it dealt with one of those “taboo” subjects (even though it really shouldn’t be…if everyone is of legal age to consent it should all be fair game, right?! Who cares what other people think!)–the cougar with the younger man. I was here for it! But the relationship that Trina embarked upon was a little more iffy since she was only 17 SMH.

Overall, “40 Carats” was fun, romantic, sexy, sly and much needed. It did what it was supposed to do, let me escape from reality for a little while and get lost in this fictional world while also evoking memories of my own trip to Greece (once the world settles and we’re able to really travel again I’ll definitely be back…maybe I can stumble upon my own Greek romance LOL). If you’re look for a cute watch, definitely give this one a go.