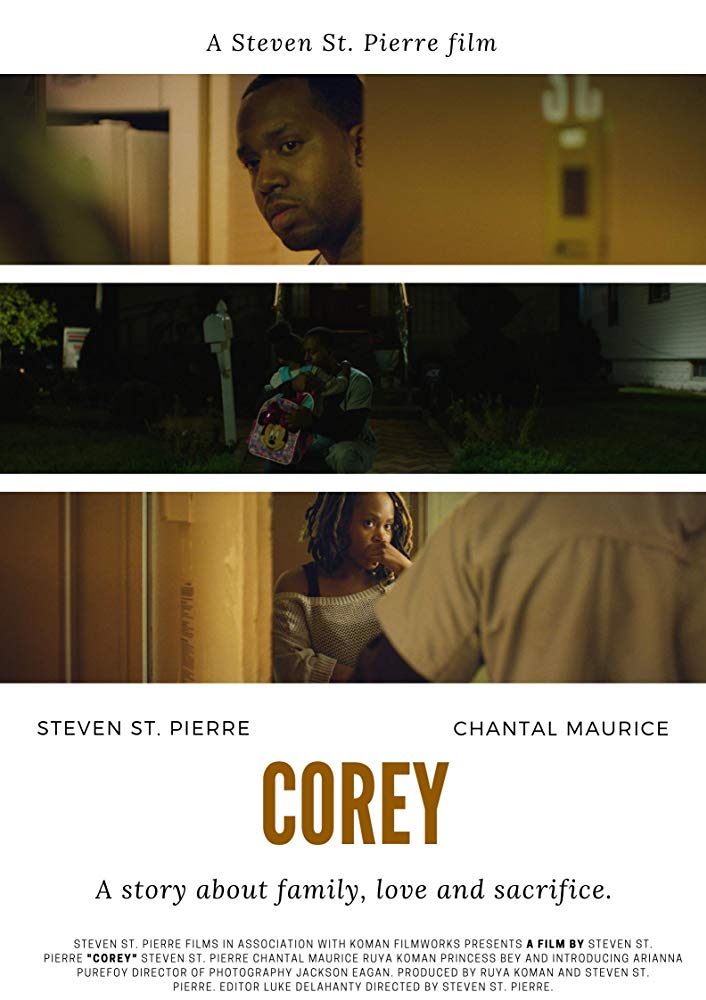 I missed this film when it play at the CineOdyssey Film Festival a few weeks back, but I was graced with the opportunity to view it after all.

Corey is a poignant short film about a father trying to take care of his young daughter after being abandoned by his drug addicted wife. With this cold open, you really don’t know how this film will play out and then the adorable Arianna Purfoy (“Blair”) appears on the screen. The interaction between her and her father “Corey” (Steven St. Pierre, who also wrote and directed this film) is too cute. It’s a good feeling when you see a loving and involved black father-daughter relationship.

Then we cut to a woman talking to a lawyer. I thought the cinematography in that scene was great…your focus was on the woman (Chantal Maurice) and the attorney’s face is blurry in the background. Speaking of Chantal Maurice (Queen Sugar), she gave a great performance as the drug-addicted mother “Moriah.” There was also a great use of lighting in this film to signify happier times…I love when filmmakers get creative and really use the background to their advantage to really evoke the feels.

Although short in length, Corey does a great job of shining a spotlight on the cycle of addition, breaking the cycle, family and sacrifice. And just when I thought the film was doing a little too much in too little time, I was hit with that super powerful ending. You could tell this work was done with sincerity and authenticity. Overall, this was a really well done and thought out work, well worth watch. Currently making the rounds on the festival circuit so be on the look out for it.