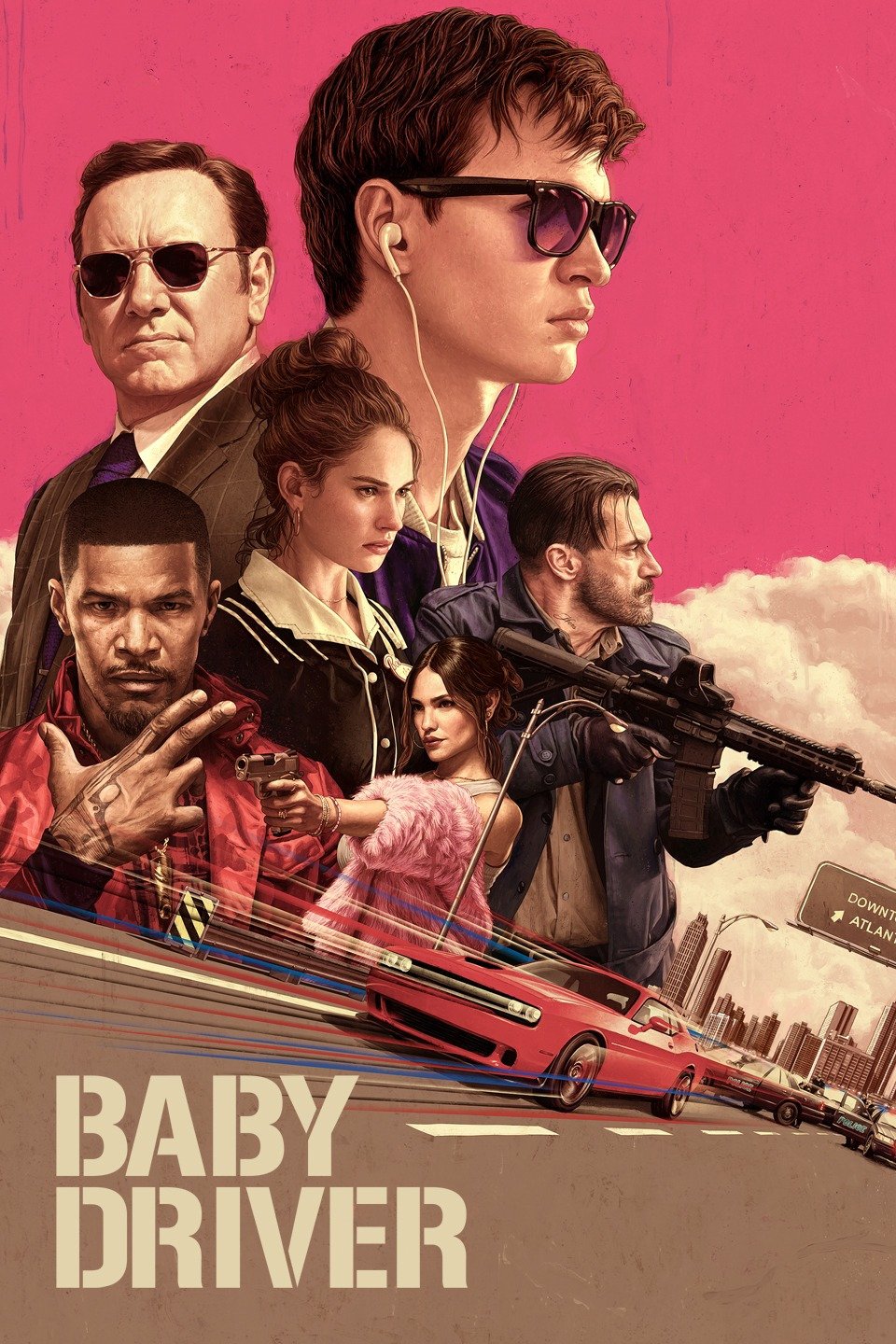 I will admit, originally, I only watched this movie for Ansel Elgort (great actor…I loved him in The Fault in Our Stars and I’m a fan of his music), but 20 minute into my first attempt at watching this, I didn’t think I’d make it through and changed to watch something else. But then I saw that it got pretty good reviews so I gave it a second chance…I’m glad I did…I actually enjoyed this “need-for-speed heist movie” with a twist. Ansel was great and seemed perfect for the role of Baby who was a good kid at heart (even though he had been boosting cars since 12), put in a precarious situation and just wanted to make right. With an all-star cast including Jamie Foxx, Jon Hamm and Kevin Spacey, all three of whom always play a good, crazy good guy and this movie was no exception.

Music plays a huge roll in this film and the soundtrack was pretty good. I even read that each script that was sent to the main actors who were wanted for their respective roles, included an iPod that contained a list of songs that was to be played in a specific order while reading a particular scene for the move in order to emphasize the tone…pretty dope…and thorough! And in every scene where no music is playing, you can hear a slight ringing in the background, which is supposed to represent the sound of Baby’s tinnitus (I definitely didn’t catch that the first time through). Visually, this movie was well done (and used barely any visual effects or CGI in the driving scenes)…crazy ride! And I was super happy it didn’t get the “Hollywood fairytale” ending and folks had to deal with the consequences of their actions, but all was not lost and there was still good that came of everything that happened. I thought it was also cool that Baby’s deaf friend was played by an actual deaf person (actor CJ Jones). If you you like action and intensity…great acting and a pretty cool soundtrack, you’ll like this one (currently streaming on Showtime)!