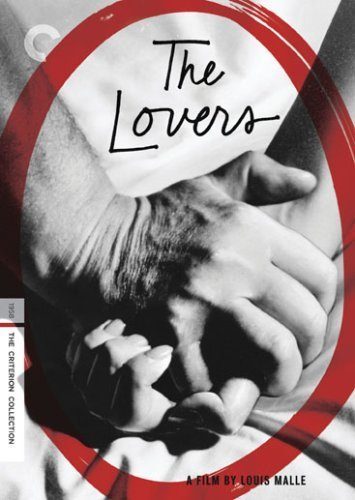 When I think of you and me, I’m always worried. Perhaps that what love is.

So as promised, this is a French film I watched recently at the suggestion of a friend…(**SPOILERS: not sure if it still counts as spoilers if the film has been out for 60 years LOL)

For those not familiar, “Les Amants” or “The Lovers” caused quite a stir when it was released in 1958. Considered obscene and almost “pornographic,” this film event made its way up to the Supreme Court. A manager at a theatre in Ohio screened the film and was charged with and convicted of possessing and exhibiting an obscene film. The case made it all the way up to the highest court in the land where they overturned the convictions and ruled that the film was not obscene. Justice Stewart even made his famous pronouncement in this case concerning pornography: “I know it when I see it, and the motion picture involved in this case is not that.” (Jacobellis v. Ohio, 387 U.S. 184, 197 (1964)).

And let me say this…looking at it from a modern (2020) lens…this definitely ain’t pornography. Granted American sensibilities have progressed somewhat over the years (still very stunted compared to European notions), but this was very tame. Sure, it may have shown one of the first female orgasms on the screen (done very tastefully and somewhat silently)…and sure, there was some breast and the illusion of oral sex — but in a very art house film type of way. But let’s not forget, this was the 1950s in America…sex and sexuality wasn’t a thing LOL…and definitely not feminine sexuality or women enjoying themselves.

So this is essentially the story of a young, French housewife (married to a somewhat older man) who is bored with her marriage (the husband is consumed with his work) and her life out in the country. She tries to combat her boredom with frequent trips to “visit a girlfriend” in Paris. What she’s really doing is having an affair with a polo player and the frequency of her trips picks up. The husband seems none the wiser or just doesn’t care until he questions why her girlfriend never comes to visit at their house. So he suggests that she invite the girlfriend and the polo player that she claims is “connected at the hip” with her friend LOL. Boy, this is a disaster waiting to happen.

But that’s not where the real conflict lies…”Jeanne,” the housewife ends up have car trouble and being rescued by this young frenchman “Bernard.” When they show up to the house, the “friends” from Paris have beaten her there and they are engaging in this charade to throw the husband off the scent of the affair but little do they know, at this point “Raoul,” the polo player isn’t who the husband should be worried about. The husband “Henri” invites Bernard to stay the night for his troubles. My man Bernard swoops in and sweeps Jeanne off her feet (even though she tries to play hard to get for like 5 mins). But Bernard is brazen and wants what he wants.

Jeanne ends up running out on her husband (and her daughter) the next morning…the husband doesn’t even put up a fight and Raoul tries until he is kindly reminded by the girlfriend (“Maggy”) that he is not the husband…and needs to stay in his lane.

To me, if anything is “obscene or offensive,” its the fact that sis runs out on her child…doesn’t even think twice. To me, that’s a little crazy…I haven’t come across a love yet that will make me abandon my child (I don’t have any children yet, but you know I’m saying LOL).  This is another one of those “fairytale” movie romances…Jeanne and Bernard know nothing about each other but are madly in love within hours of meeting…after that very sensual and drawn out tryst. But that was a thing…a trope…during that time period…there are so many movies where folks fall in love within 24 hours not knowing anything about the other and just “ride off into the sunset to live happily every after.” UN-fucking-REALISTIC. “Les Amants” was a little more realistic…they ride off into the sunset (or sunrise in this case) but the relationship is already on shaky ground…Jeanne’s voiceover as they ride off says as much…she knows that happiness isn’t promised but she also knows she wasn’t happy were she was. Who knows what the future holds for them…

So overall, “Les Amants” is about bourgeois emptiness/boredom and sexual yearning. People just really raised a fuss because the woman was finally putting her happiness and fulfillment first. Sure, she was stepping out on the marriage (not once but twice) and exploring her sexual side…remember this was the ’50s, sexual repression was in full swing…at least for women.

This was my first real introduction to the legendary Jeanne Moreau (“Jeanne”)…well not really, I watched “Mr. Klien” days earlier but didn’t realize that was her in the film. I definitely need to watch more of her work. The film also starred Alain Cuny (“Henri”), Jean-Marc Bory (“Bernard”) and Judith Magre (“Maggy”) and was directed by Louis Malle. I was also pleasantly surprised to see José Luis de Vilallonga (“Raoul”) who is best known stateside as “José da Silva Pereira” from “Breakfast At Tiffany’s” (one of my absolute favorite movies!)

Overall, worth the watch…a real slow burn, but beautifully done and well-acted. And kinda sensual to boot…

Have you seen “Les Amants”? Do you think it deserved all the fuss?? Let me know in the comments below or on social media.