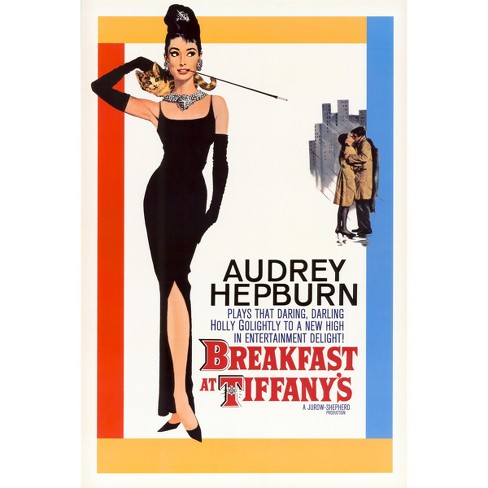 One of my all-time favorites…I absolutely love this movie (and the book by Truman Capote). Audrey Hepburn is one of my icons…I love her grace, elegance, style, free-spirit and humanity…she just comes across as such a lovely person. But it was great to see her play a role where she wasn’t a “virginal/innocent, perfect girl/woman”…even though Holly Golightly had a naive air to her, she was a “worldly” woman (even though she was insecure about playing the role of Holly and wasn’t Capote’s choice for the role).

I loved how this movie played with the themes of sex and relationships, lose, running from the past and reinvention, gender roles and societal norms (“$50 for the powder room”). My only real issue this film was the casting of Mickey Rooney as Holly’s Japanese neighbor…it was more of an offensive caricature, but I guess you charge it to the times smh (although I did read that one of the producers did regret that casting in hindsight). I loveAudrey in her films from the ’60s (Charade and How to Steal A Million) because she always looked so sophisticated but gave off a strong, assertive feel while still falling within the feminine norms of the time…it was like a quiet rebellion. And don’t get me started on the iconic LBD (Givenchy did his thing!). Audrey also turned the movie’s iconic song “Moon River” into an classic that has be covered by many artists including Sinatra, Garland and Bobby Darin (three of my faves).

I also appreciated the “kept-man” relationship, seldom talked about, in this film. George Peppard (whose blue eyes are mesmerizing in Technicolor) and Patricia Neal were great (Mrs. Neal is always a strong pretense on screen and this was no exception), but the chemistry between Paul and Holly was tangible (even though both actresses said he was pretty hard to work with…unfortunate). George gets swept up in Holly’s world so fast and his emotional vulnerability made you really feel for his character.

You know what’s wrong with you, Miss Whoever-You-Are? You’re chicken, you’ve got no guts. You’re afraid to stick out your chin and say, ‘Okay, life’s a fact, people do fall in love, people do belong to each other, because that’s the only chance anybody’s got for real happiness.’ You call yourself a free spirit, a wild thing, and you’re terrified somebody’s going to stick you in a cage. Well, baby, you’re already in that cage. You built it yourself. And it’s not bounded in the west by Tulip, Texas, or in the east by Somaliland. It’s wherever you go. Because no matter where you run, you just end up running into yourself.

–One of the best scenes in the film! This is one I’ll never tire of watching!