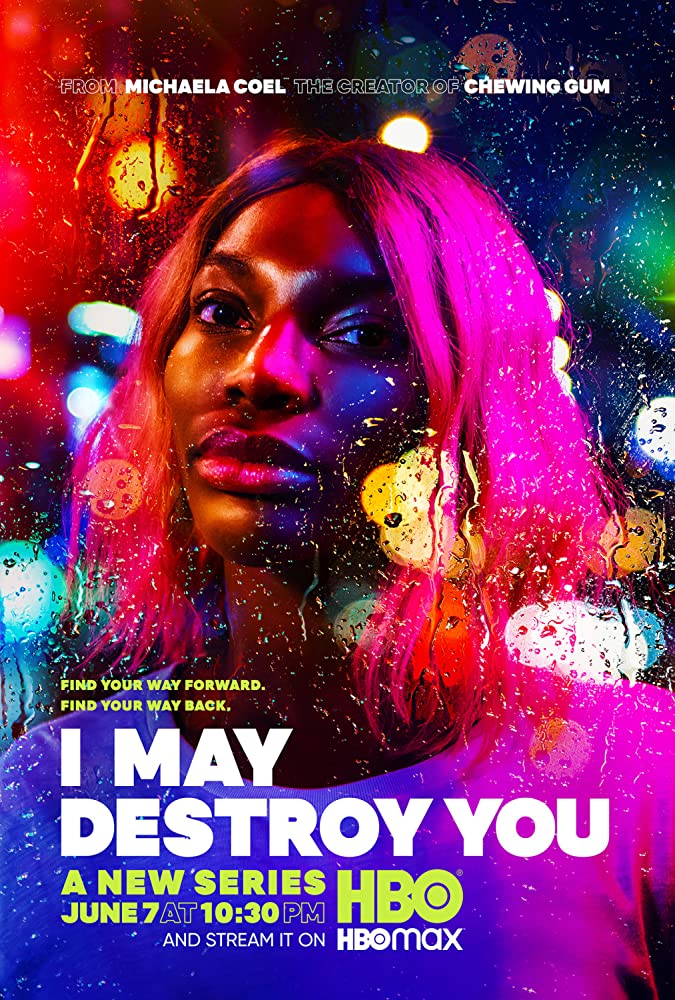 If you aren’t watching “I May Destroy You” I don’t know what you’re doing with your life?! So obviously this isn’t a full review as the season is still going on, but I wanted to make sure to put ya’ll on game if you weren’t already (and its been a while since my last post, things have been hectic with work but in a good way  😉check out my interview with Kenya Barris over at AwardsCircuit)!

But back to “I May Destroy You”…we should be putting Michaela Coel in the same sentences as Phoebe Waller-Bridge and Greta Gerwig when we talk about females (or creatives in general) who are killing the game. She’s a British (Ghanian) actress/writer/producer/director (just like Waller-Bridge) and deserves all of her props. I haven’t gotten around to watching “Chewing Gum” yet but its on the list…but I was familiar with her from “Black Mirror.”

But this series…ya’ll…I don’t even know where to start! It is brutal…and honest…and just an accurate, realistic portrayal of life/sex/relationships without the Hollywood veneer. The show is so relatable and hits a familiar note for a lot of us women…and men for that matter. I know I could relate. The show touches on so many things that are “commonplace” (unfortunately) in today’s modern society…from sex, drugs, alcohol, sexual assault, emotional numbing, self-medicating and issues surrounding consent. The show focuses on how we process, internalize and talk about these traumas…but at the end of the day what this really is is a conversation starter and hopefully it will be the instigator for others to talk about their experiences…because it’s okay not to be okay…but we shouldn’t have to pretend to be something we’re not–okay.

Again, I can’t stress it enough…watch this show…NOW! And give Michaela Coel more opportunities! Her stories should be heard/seen!

Needed to get that off my chest…