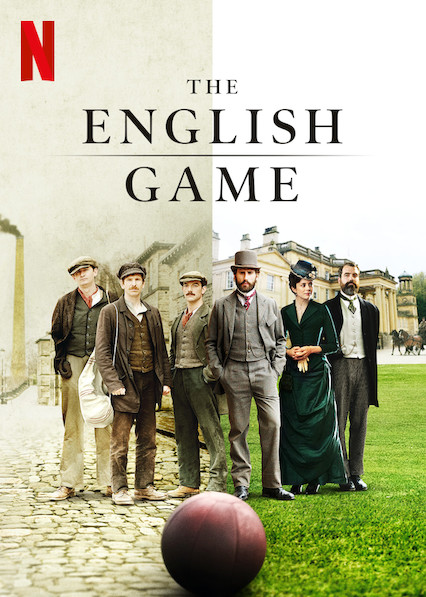 I never got into football (soccer), but I keep saying that I’m going to try. So I never really thought that I would get into this new Netflix limited series “The English Game,” but it’s not just only about the history of the sport, but its so much more. Created by the same person who brought you “Downton Abbey” (never saw it, but I know you should expect lots of drama), this series had drama, history, a little social and political commentary, love stories and thrilling game sequences.

This show really felt like you transported back in time to the English Industrial Revolution with its deep class divide. The casting, production and costuming were on point. The acting was compelling and engaging, starring Edward Holcroft (“Kinsmen: The Secret Service”), Kevin Guthrie, Charlotte Hope, Niamh Walsh, Craig Parkinson, James Harkness (I absolutely loved Jimmy’s Scottish accent lol), Ben Batt, Gerard Kearns, Henry Lloyd-Hughes, Kerrie Hayes, Joncie Elmore and a host of others. The six episodes breeze by and leaves you invested in all the different storylines and character arcs. So whether you’re into football or not, “The English Game” is a worth the time spent. Currently streaming on Netflix.

**Check out my full review over at AwardsCircuit.com.