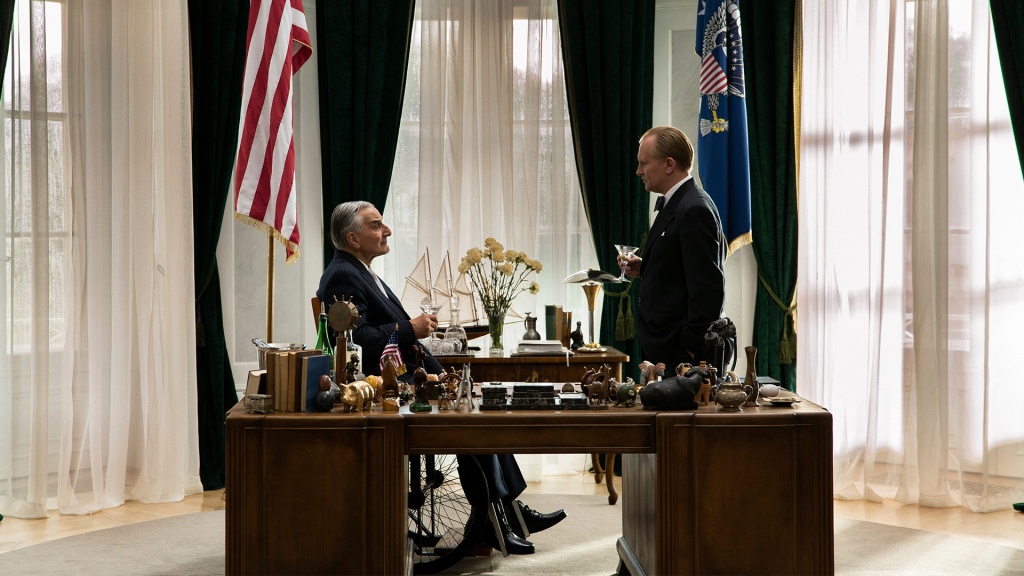 Inspired by true events and the key figures in getting Denmark into the United Nations and NATO (and selling Greenland to the U.S. during WWII), Christina Rosendahl‘s “The Good Traitor” is a story of diplomacy and maneuvering during WWII against the backdrop of a love triangle. Ulrich Thomsen (“The New Pope” “Banshee”) is Danish ambassador to Washington Henrik Kauffmann who declares himself to be the only true representative of a free Denmark in opposition to the Nazis and the Danish government that acquiesces to them. He enlists the help of outspoken lawyer Povl Bang-Jensen (Mikkel Boe Følsgaard), who doesn’t believe that Denmark should be a coward by staying neutral, in his treason.

As if defying his country and risking his position and his freedom wasn’t enough, Kauffmann also finds himself in a precarious love triangle. His wife, Charlotte (Denise Gough) just so happens to come from a politically connected family with close ties to President Roosevelt who help and backing he desperately needs to pull this off and she is the older sister of his paramour. There’s also some backstabbing thrown in for good measure.

“The Good Traitor” opens at the end of the story (years after the war had ended) and then goes back in time to bring us to this point. It starts really slow and you have no idea what’s really happening until it catches you off guard — it feels so weird. As we travel back in time, we see the frivolity of diplomatic life in D.C. while things are heating up on the other side of the Atlantic. The film effectively uses actual recorded sound of bombings and radio recordings of Europe (which is great way to save on the production budget) as the audio backdrop of the carefree, idyllic moments in the U.S. creating that juxtaposition between the U.S. and the rest of the world already embroiled in the war. The film also had a really great soundtrack that really set the time period and mood. It was also fun to see Thomsen and Følsgaard reunited on a dramatic film after playing opposite each other in the football comedy “Sommeren ’92” (2015), a really fun movie in which they were both great — but this film left much to be desired.

“The Good Traitor” seemed to be a little uncertain about what it wanted to be — did it want to be a war drama (minus the action) or a romantic drama? With the strained interactions, the love triangle plot line was a little distracting (at one point, the wife and FDR are gossiping and talking about their love lives under the shade of a tree — a little too sappy) — I understand that it was based on real life, but it seemed to overshadow the really interesting story which was Kauffmann going against the King/Danish government. But I will say that sis was really playing the long game here and the ending was pretty dark. Overall, the film seemed a little disjointed and the pacing was real slow in parts making you almost lose interest. I love a good war film and this story had the potential to be interesting, but this one just fell short of the mark.

“The Good Traitor” is currently in theaters and on VOD.