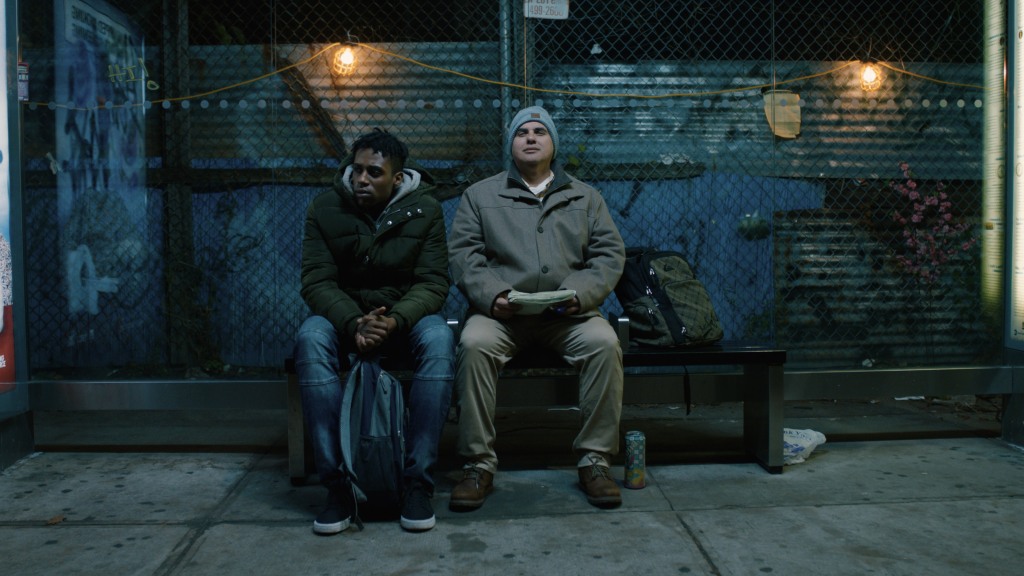 This year, I decided to make of a point of watching more short films (Sundance, Slamdance and the Pan African Film Festival have been making that an easy goal) — shorts do everything feature lengths do (make you laugh, cry, teach you a lesson, challenge you, showcase outstanding performances) and usually in less than 30 minutes (sometimes way less). That’s quite the feat, so hats off to all the short film writers and directors!

With that said, I got the chance to screen writer/director Doug Roland‘s little over 18 minutes short “Feeling Through” which shows a late-night encounter on a NYC street that leads to a profound connection between a teen-in-need and a DeafBlind man. Roland shows us why representation matters (we often make assumptions about people who seem different from us and oftentimes these assumptions are wrong — we all just want the same things) and that you can create an amazing work of art when using authentic casting (Roland cast DeafBlind actor Robert Tarango — the first time this has ever happened).

This tender and heartwarming film shows us so poignantly that human connection is all we want and one interaction can change your life. Its a story about putting yourself in someone else’s shoes, even when you’re fearful of the unknown, and treating everyone with dignity, respect and compassion, no matter their situation or station in life. “Feeling Through” definitely puts the world into perspective and shows that there is a story around every corner, especially in New York City (and I can definitely attest to that, having lived there for 7 years). Roland and his team push us to see people for who they are and not what they are and look at the world a little differently. The short is beautiful, the story is moving and the acting (especially by Steven Prescod) is great, making “Feeling Through” worth all of the praise it’s getting and its inclusion on the Oscar shortlist!

Sidenote: I was lucky enough to sit in on a live panel discussion with the “Feeling Through” team moderated by Whoopi Goldberg — so cool! And listening to the team talk about the film and their experience just made me love this even more! Here’s the video of the discussion.