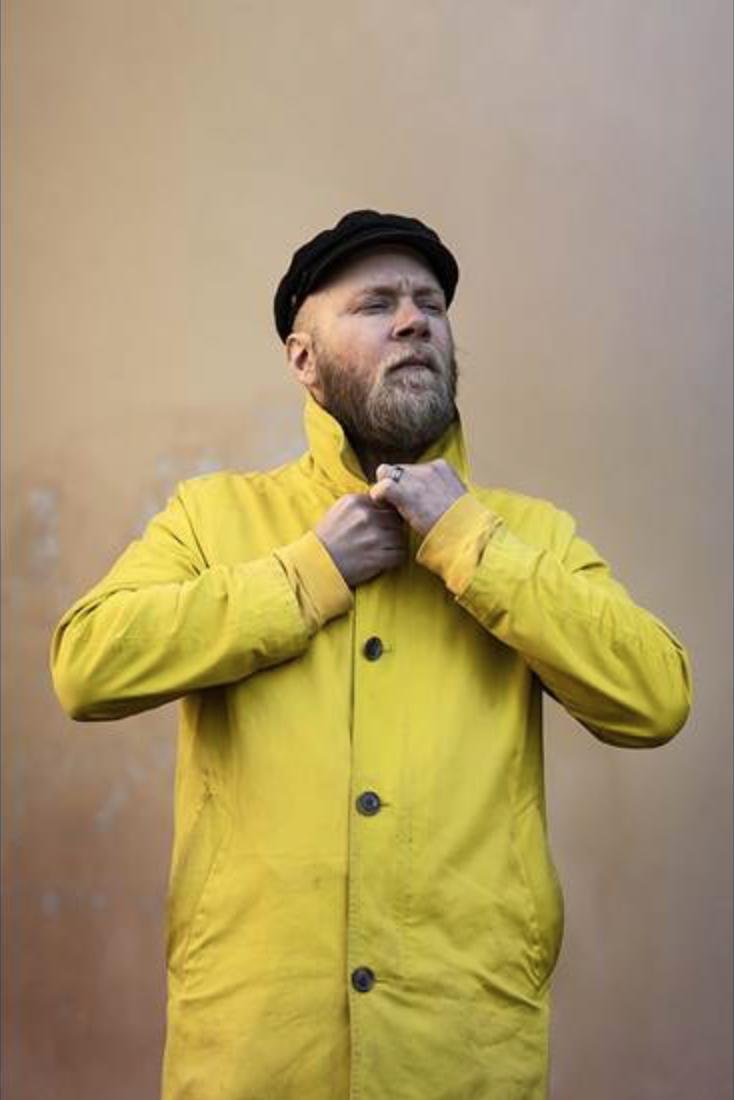 HollyShorts Film Festival, in its 16th year, was held just last month. Devoted to showcasing some of the best short films from all over the world and advancing the careers of filmmakers, this year’s festival had some really great works. I had the privilege of screening a few and talking to a couple of directors who screened works at this year’s festival.

First up is Jimmy Olsson, writer/director of the winner of “Best International Short” at this year’s festival. The Swedish filmmaker who loves to write on the opposite extremes — either comedy or pretty dark drama — took a moment to chat with us about his influences, making the festival rounds in 2020 and filming his award-winning short “Alive.”

LV: So I know that you’re out and about, so I won’t take up too much of your time, but I just had a questions after watching “Alive.” First of all, I just want to say that I really love the characters, and it really got me invested in the film — mainly because I know we all just want to be loved and yearn for that intimacy and that feeling of connection with other people — so job well done on that one. What inspired this story for you?

Jimmy: Well, I tend to listen and read a lot of stuff — so this time I was listening to this podcast last year and there was a segment of the story which intrigued me. It was a story about this disabled man and he wanted to have an escort. So he told his assistant that when she arrives, you can’t be here so the caregiver had to wait outside in a coffee shop — not knowing who’s going to show up, or when and what could happen. When I listened to that, I thought it was intriguing and interesting so I guess I’d like to write something like this, but with two women — I thought it’d be more interesting that way.

LV: Yeah, I agree. It was probably more interesting with two women leads. Speaking of your female leads, the two actresses (Madeleine Martin & Eva Johansson) are very good. What was that process like getting everyone to come on board on this project?

Jimmy: Well, I knew I wanted to work with Madeleine Martin (Ida, the assistant) because I knew her from before. So I called her up and asked her if she wanted to be a part of it. I didn’t need to audition her because I know she’s a strong actress. Then me and the producer spoke about what we should do with Victoria’s character. So we started to look for professional actors who are disabled in Stockholm. We saw a few, but we didn’t really find the right fit so I decided I wanted to have an actor who’s really good, who I can work with properly, and will be able to mimic disability. It just so happens that Madeleine contacted me and gave me a photo of Eva Johansson — a woman she knew. I recognized her and had seen her before on stage and in a short a couple of years ago. So I called her up and we brought her in for an audition — me and Madeline — and just started to fiddle around with the text and the character and what kind of disability this character has and stuff like that. I immediately felt like she knew what she was doing and she wants to do this to be engaged and do the research. So yeah, after that, it was like a glove.

LV: Glad it worked out so well. So 2020 has been a crazy year. What was it like making the festival rounds this year?

Jimmy: Different to say the least. I remember in March when I was going to have my premiere at Cleveland [International Film Festival]. I was sitting in at another film festival in Sweden, when I saw the tweet that it’s gonna be canceled and I was like, “now it’s gonna be a weird year” — and it’s has been. But you know, all the festivals have been so creative and progressive and still doing the online and hybrid thing — so that’s a good thing. Obviously, it’s been different because I’m used to traveling around a lot for the festivals. And now, the last day of festival travel for me was at Berlinale in February. But I do think the physical festival is the way to go because you meet people for real — it’s a whole another thing meeting on zoom and stuff. So yeah, it’s it’s been a weird year.

LV: Yeah, definitely. So what drew you to filmmaking and storytelling — how did you get into this?

Jimmy: When I was a teenager, like 13 or 14, I though I wanted to be an actor. I’ve always been a clown. But then I realized quite quickly that I was so aware of how I looked in front of a camera and it’s like an out of body experience that I’m watching myself and that’s not good. You can’t do this. So then I made a couple of amateur films with friends and stuff. But then when I watched “Breaking the Waves” with Lars von Trier in 1996, I think it was, my jaw was on the floor. I remember vividly a summer night alone in my room watching that film, and I was like “fuck me man — film is so much more than just random entertainment.” Then I thought you can actually do this as a living — I’d never thought of that before. So that’s when the thought started. I’ve been floored so many times — a couple of years after, I moved from a smaller city to Stockholm to pursue what I wanted to do. And now I’m doing it.

LV: Awesome. Since we’re talking about how you got started in filmmaking, who are some of your filmmaker influences?

Jimmy: I would say Ingmar Bergman (“Persona” “Scenes From a Marriage”)– he’s not really an influence in the fact that I don’t write or make films like him at — but he’s like a god to me. And Andrei Tarkovskij (“Solaris”) is like a god to me. But I would say the Dardenne brothers (“La Promesse” “Rosetta”)from Belgium and Michael Haneke (“Caché” “Amour” “Funny Games”) from Austria are very influential for me. Yeah, that’s about it.

LV: So just one final question for you — what’s up next for you, what are you are you working on — do you have anything in the pipeline?

Jimmy: Yeah, I’ve got lots of things. We have so much time now, right?! So yeah, I’m developing two TV series and two features at the same time, so I’m busy with a lot of things. I’m releasing a short mockumentary in January as well — I’ve done a couple of documentaries. I have two sides of this coin — I do quite heavy drama or very comedic stuff. So I’m quite busy.

LV: Sounds like it. You’re definitely using this time efficiently! Well, thank you so much for taking the time to chat with me for a second — I definitely appreciate it and I wish you luck with all of your projects that you’re working on.

Jimmy: Thank you very much. Thank you for having me.

For more about Jimmy’s work, head over to http://www.regissor.com.