So I recently started doing something over on IG where every Friday I spotlight a different genre or collection of films to give people some ideas of things to watch that weekend…#FilmFridays. I was thinking, I might as well add that over here at the blog too break up the monotony of just the “Quick Reviews” and the “What I Watched This Month.” So far, we’ve done Short Films (“Storm,” “Just Go,” “Hair Love” and “The Sound of Silence”) and some of my favorite Foreign Films that are currently streaming (“A Coffee in Berlin,” “22July,” “Les Misérables,” Y Tu Mama Tambien,” “I Lost My Body,” “Shoplifters,” “Atlantics,” “Capernaum,” “Pans Labyrinth,” “Le Samourai,” “Frantz,” The Laws of Thermodynamics,” “Blue is the Warmest Color,” “Train to Busan” and “Burning”).

This week, we’re shining a spotlight on the SXSW2020 Film Festival Collection that’s currently streaming on Amazon Prime Video for a few more day…free! There are over 35 feature and short films, both narrative and documentary, currently streaming…all of these were submissions to this year’s cancelled festival (COVID-19 is wrecking havoc on the film industry, and the film festival industry in particular, so many festivals are trying to adapt to a virtual or online festival…we’ll see how that plays out…might even do a deeper dive into that in a later post). So far, I’ve watched about 3/4 of the works and there have a been a few that have really stood out to me. I’ll touch on those below… 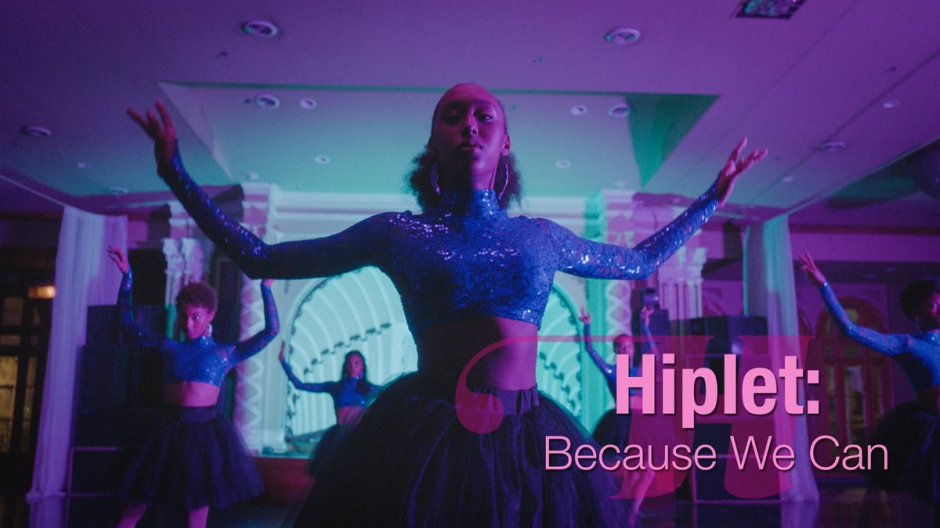 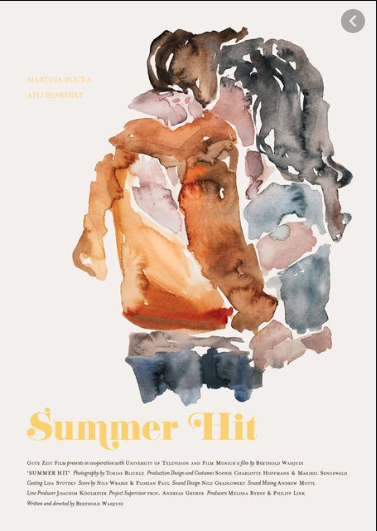 So of the ones I’ve watched so far, I would definitely recommend giving those a watch.

Which ones have you seen? And recommend for me to check out???

Since it’s the beginning of the new month, I figured I would also combine my “What I Watched Last Month” post with this as well. With COVID-19, I’ve been doing a lot of watching LOL so checkout what I’ve seen. 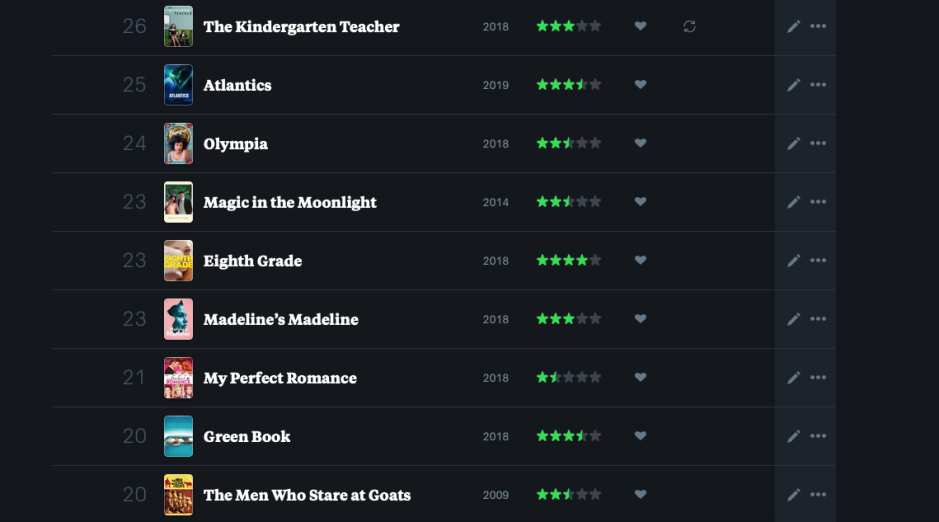 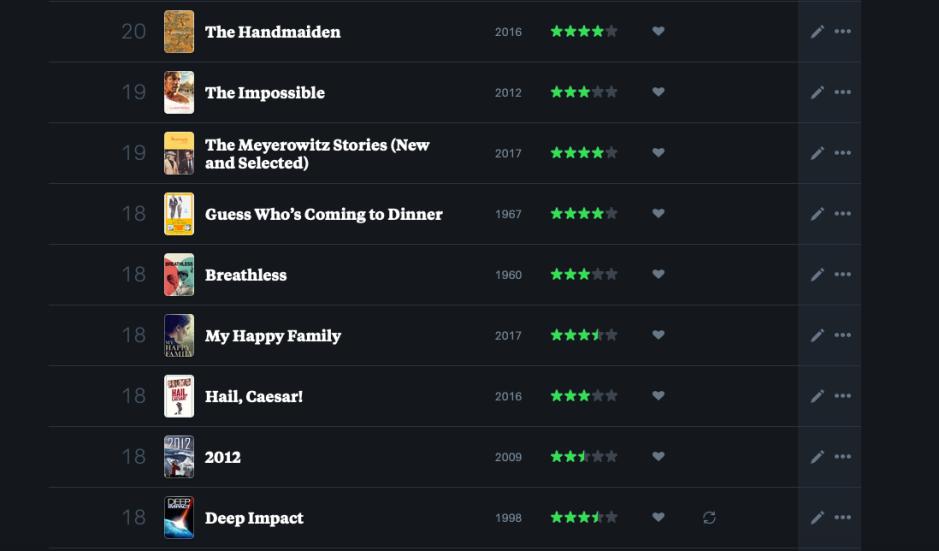 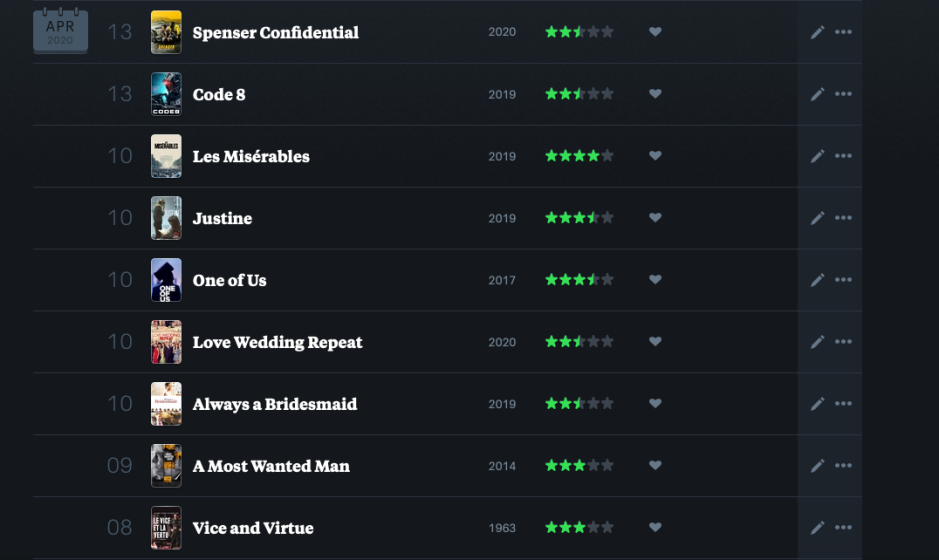 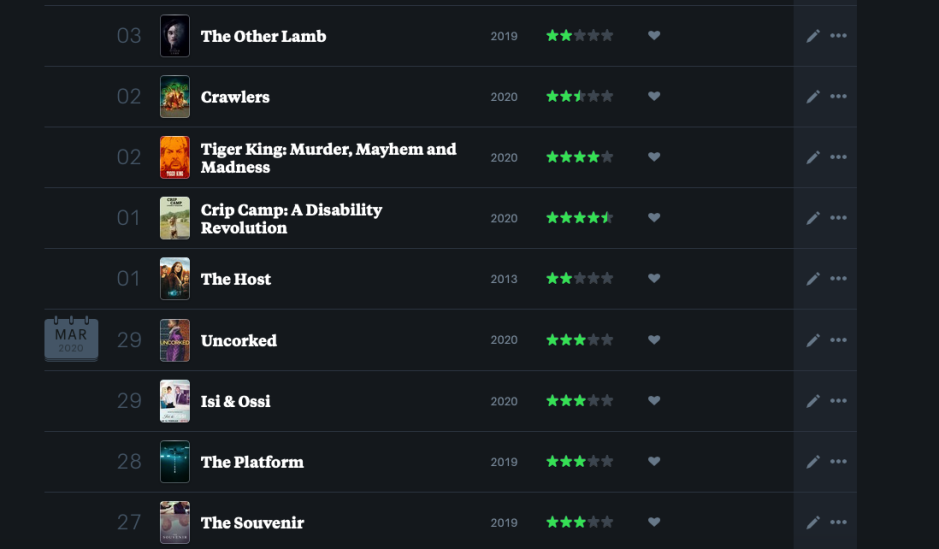 There was some good and there was some bad LOL. Some of the highlights were “Crip Camp: A Disability Revolution,” “Dr. Strangelove,” “A Most Wanted Man,” “One of Us,” “Justine,” “Les Misérables,” “The First Wives Club,” (one of my all-time favorites…I have literally seen this more than 50 times) “Train to Busan,” “Europa Europa,” “Metropolis,” “Okja,” “Monty Python and the Holy Grail,” “My Happy Family,” “The Handmaiden,” “Atlantics,” “Time to Hunt” and “They Shall Not Grow Old.”

What have you been watching during the quarantine??? Drop a line in the comment section.