Very well done and fun British “coming of age” teen comedy series. Asa Butterfield stars as the awkward teenage son of liberated sex therapist “Jean Milburn” (played by Gillian Anderson) who starts his own underground sex therapy clinic at school. Let me start by saying that those two are amazing in those roles…you couldn’t ask for better chemistry and comedic timing between those two (and Anderson looks damn good for her age…I like this look on her). And I’m so used to her as the serious, stoic “Scully” on X-Files so this is a much lighter, funnier yet complex character that she portrays.

Asa is a natural as “Otis”…he has the look and feel that embodies these awkward teen years…and his style of comedy and seriousness he brings to the character is a great mix. The rest of the actors who round out the show are perfectly cast and mesh so well together. The storyline and dialogue are on point and are able to put a voice to a generation. 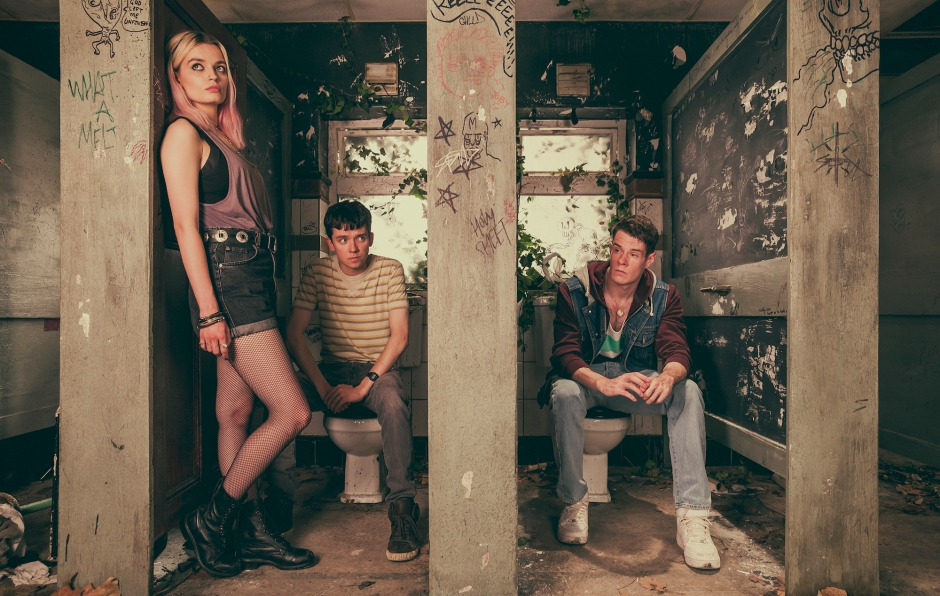 Still employing the usual tropes of a “teen rom-com/dramady,” but in a fresh way that just feels original and new. There’s just enough drama and comedy to keep the viewer coming back! The series deals with serious, timely themes: gender issues, sexual identity, “slut shaming,” feminism, manhood/masculinity, etc. The set design and costumes were great (although I couldn’t really tell if this took place in the ’80s, ’90s, 2000s or today LOL).

But I think what I loved the most about this series is the diversity of the cast…it wasn’t forced and it felt like an accurate representation of today’s world (in most places). Overall, a really enjoyable and fun binge watch for sure! Can’t wait to see where they take us in Season 2. Currently streaming on Netflix (I think they do series much better than they do movies…with the exception of the the big-name/budget stuff like “Roma” and “The Irishman”).